Our mission is to surpass our client's expectations on every project with superior quality, service, and value.

Family-owned & operated since 1933, The Mines Press has grown from a small storefront with three employees to a modern facility with a staff of over a hundred. Our 110,000 square-foot facility houses our office staff, production, warehouse, fulfillment, mailing, and shipping departments.

We learned long ago that keeping everything under one roof gives us complete control of the production process from start to finish. The result is greater customer service, superior quality, and the ability to keep our promises to our customers. 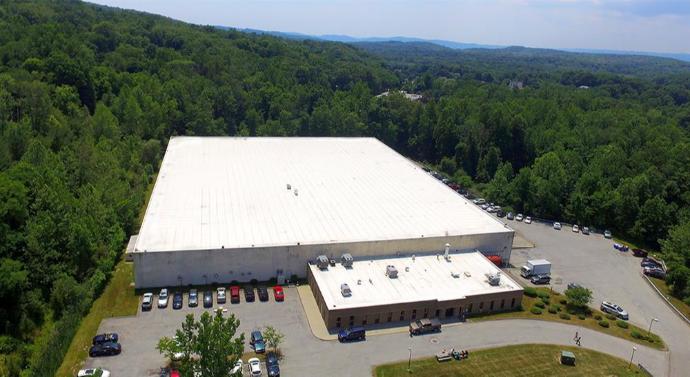 Although the company is focused on the future, it still remains firmly dedicated to the Mines family's long-standing philosophy of "Quality, Value and Service."

In the height of the Great Depression, using $200.00 in capital borrowed from his wife, Samuel Mines opened a small commercial printing shop on West 21st Street. Samuel was the only employee, and the only equipment was a small second-hand printing press. From these humble beginnings, The Mines Press was born. In the beginning, as the Depression faded, the fledgling business slowly grew, supplying letterheads, envelopes, business cards, office forms, and labels to local companies. The only customers were those that walked in off the street. There was no marketing, just word-of-mouth advertising, but gradually the company gained a reputation for high quality and affordable prices. The business began to thrive. After World War II, Samuel’s sons, Marty and Bernie, joined him, and The Mines Press became a family business. Initially, Marty worked in the office, while Bernie oversaw the day-to-day production. The company reorganized when a third son, Danny, joined the company. Marty concentrated on marketing, Bernie managed the office, and Danny took charge of production.

THE BIRTH OF THE "INSURANCE PRINTERS"

In 1952, the course of the company changed forever. The country was enjoying the post-war prosperity boom, and the insurance industry was growing by leaps and bounds, thanks in large part to the growing number of automobiles on the country’s new highways. One day, a neighborhood insurance agent walked in with a small custom form that he needed for his office. The business was so brisk that he needed a form that his secretary could check off and drop in an envelope instead of sending his clients’ individual typed letters. The form worked so well that the agent reordered the form again and again. Recognizing the form’s marketing potential, Marty set about creating an entire line of these “insurance” forms. He put them in a catalog and mailed a copy to every insurance agent in the country. The forms, appropriately named “Short Forms” and “Time Savers,” were an immediate success. The Mines Press became forever known as “The Insurance Printers.”

The Mines Press relocated to the Hudson building on West 14th Street, occupying the corner of one floor in a six-story building. New insurance-related products were constantly developed and introduced, continuing its growth.

The Mines Press sells the “Hudson Street Mines Press” building and begins our move to Cortlandt Manor, NY. Construction began shortly after on a renovation that converted our factory and office building to luxury condominiums. The conversion was completed in 2000. Read about the history of the “Hudson Building,” at 342 West 14th Street.

The Mines Press is now headquartered in a new, modern facility in Cortlandt Manor, NY, a Westchester County suburb 60 miles north of Manhattan. In a show of company loyalty, more than 90 of The Mines Press’ 130 employees opted to remain with the company, allowing the Mines Press to retain many of its skilled, long-time employees. Spread over 12,000 sq. ft. of office space and 100,000 sq. ft. of production and warehouse space, the new facility is filled with a state-of-the-art order processing system, cutting-edge graphic arts workstations and the latest in pre-press and printing technology. After over 80 years, the company is still actively run and managed by the Mines family, led by Danny Mines and his wife, Cynthia, and a third-generation, their children, Steven and Jennifer.

To install this Web App in your iPhone/iPad press

and then Add to Home Screen.